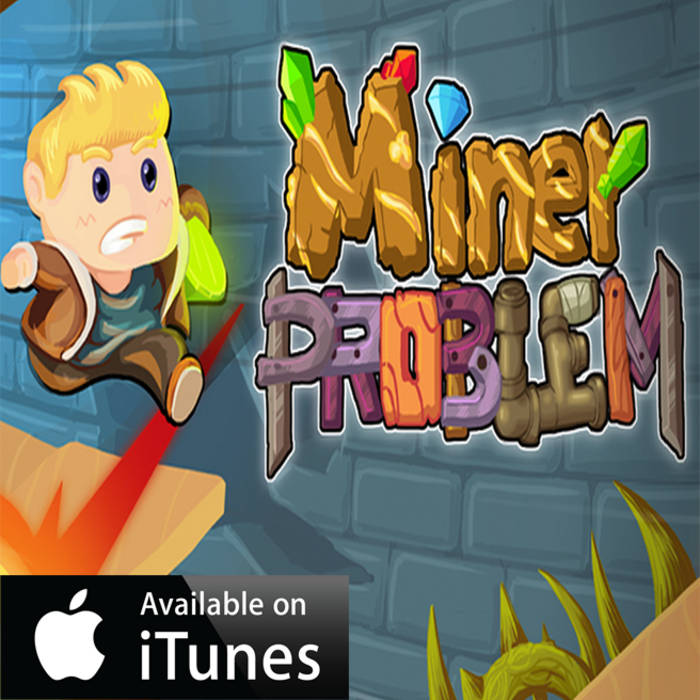 This is the Original Soundtrack (OST) for the game "Miner Problem"; 3 original songs specially composed for this game.

★About the game "Miner Problem":

"Theres Gold in Them Hills!" was the slogan used to bring in many aspiring miners to the dig up gold and diamonds with ease. What they didn't mention was the danger! From the creators of Leaping Legend and 1001 Attempts comes Miner Problem!

Cave-ins and collapses are a common occurrence in the mines and you must run, jump, duck, and dodge your way to wealth! Avoid bats, pitfalls, and poorly placed spike traps and make it out with as much gold as your pockets can carry with easy to master controls.

Running can be so tiring, so grab a jetpack to fly across the caverns, a hoverboard to drift over traps, or a giant robot to crush and blast anything in your path!

Join or compete against your friends as being the best Miner in the world with the best distance! Full GameCenter integration provides plenty of leaderboards to master and achievements to unlock!

• Universal support for all devices, including Retina Display and iPhone 5 Widescreen.
• Full Game Center Integration
• Easy To Use Controls
• Endless Amount of Gameplay and Progress
• Power-Ups and Special Items to make each play unique